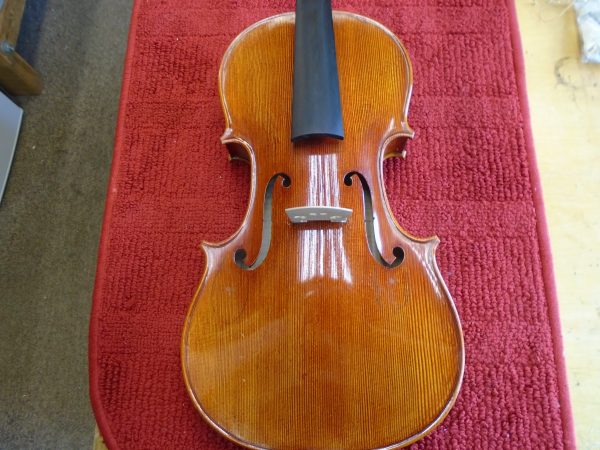 Here at Mountain Fruit Folklore Centre we have a healthy obsession with the unusual and uncommon. This viola will be getting a special set of strings designed to allow it to play a full octave lower than a traditional viola. Putting it down in the cello range.
The initial fitting of the bridge to the top is complete. The fit will be finalized and the remainder of the carving including enlarging the heart and kidneys will happen once the Wittner fine-tuner tailpiece arrives.

Stay tuned in to our blog for the next set of in-process photos!

In our latest instalment of Live From The Pew, Luthier Jeremy Behn steps out from the work bench to deliver an original song.
Yonder Still is an honouring song to all of our loved ones who have gone before us.

Chris Cullen had the opportunity to record the Vespers and Eastern Orthodox chanting put on by Father Nellis and his parish, it was a really interesting and enlightening experience and it produced a lovely recording.

If you have any interesting ideas about local and community recordings or content please contact us and let us know. 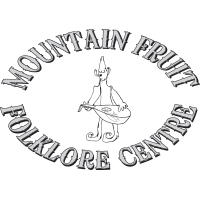 We’ve had the pleasure of having Carl Marsh and Tom Van Deursen sit down at the pew and play a song for us recently and we are excited to continue the Pew series into the New Year with more local performances lined up.

Chris Cullen had the pleasure of recording another Christmas concert for us and it turned out really well. Amazing performers and performance and a lovely space, we would highly recommend seeing them the next time they come to town. 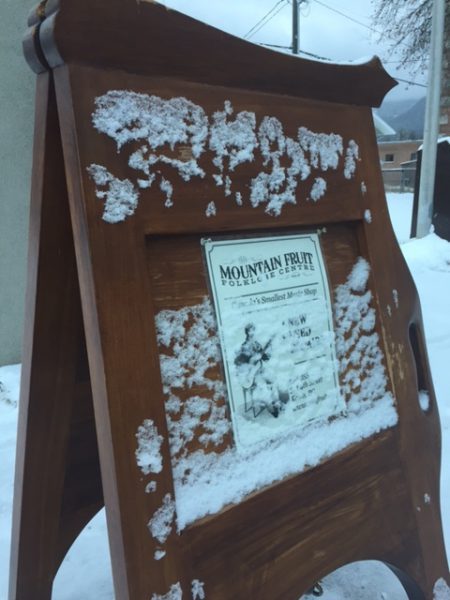 Live From the Pew is back and we are so excited, to revamp this series with a brand new standard of production quality brought to us by Chris Cullen and Kevin John. We hope to continue this series for a long time to come and want to feature the many local artists Kaslo is home to. 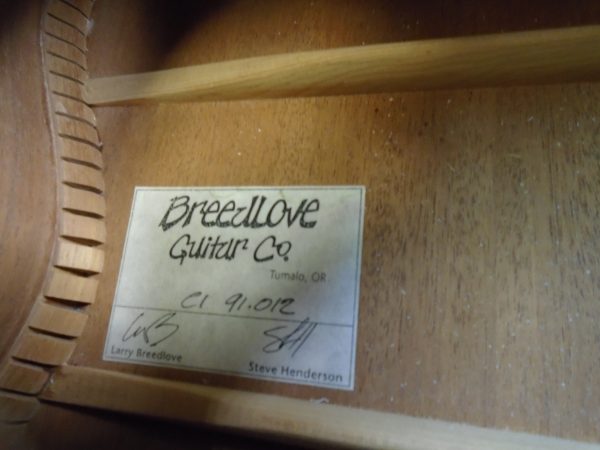 This Breedlove Twelve-string came in with the bridge blown off.   It is signed on the inside by Larry Breedlove and Steve Henderson and the label shows it was made in Tumalo, OR in 1991, which means it was built before the Breedlove Company officially went in to production.

There is a “good-old-fashioned” glue-the-bridge-to-the-finish trick that almost all commercial builders use to make it look like they’ve done an immaculate job of removing finish from the area where the bridge will be glued to the top. Rather than removing all of the finish beneath the bridge they leave some behind. This means the bridge is resting up on that layer of finish and wood-to-wood contact of the joint is minimal. You’re sacrificing tone and sustain big time, as well as endangering the longevity of the joint… BUT it does look like you did a very neat job… and it’s way easier to do. I’m sure there is an equation that shows that the number of bridges that blow-out is out-weighed by the time saved on doing a proper job.

I traced the outside of the bridge with a knife and began removing finish to the line. Here is an in-progress picture; the top and right edges have had the finish removed to the score line. You can see how the line I traced along the bottom and left hand side still has plenty of finish inside it. The unique outline of this bridge made the process way longer than with your standard acoustic guitar bridge that you would find on most guitars.

This design of the bridge also contributed to the joint coming undone. It is made up of three different pieces of wood with some different grain directions. The lack of bridge pins changes the direction of force exerted on the bridge by the strings. Combine this with the odd shape and you have a piece of wood that is prone to warping and a joint that is prone to coming undone.

After removing finish to the score line we level the area of the top and set the bridge in place on the raw top wood to see where and how much it is warped. Time to start fitting the bridge to the top using a combination of removing wood and bending wood with heat and water. After a whole lot of patient and careful work we have arrived at a very nice joint and it is glued up with hot hide glue, the luthier’s favorite.

And the moment of truth… It’s holding under tension! As we’d expect with a solid wood-to-wood mate. This joint is much more sound than it ever has been, but it’s always a suspenseful moment when you put strings on a guitar for the first time after a major joint is re-glued.

The guitar sounds great! We’re are more than happy at being able to give this guitar back to its owner with many years of life in it, and sounding better than ever. 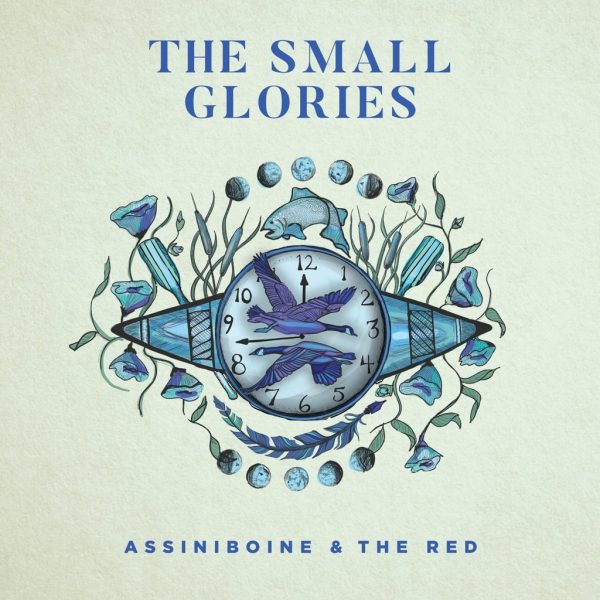 Cara Luft and JD Edwards have done it again. This a pair of truly brilliant storytellers. Critics have put them up there with Shovels & Rope, and Mandolin Orange as some of the most prestigious contemporary musicians of their genre.

It’s been said many times that a place will make such deep impressions on a person that it can not be helped but to influence their art, and I hear the Canadian landscape portrayed here in all it’s diverse beauty.

The album opens with a heartfelt love song to Alberta that makes even this mountain boy feel a yearning for the prairies. “Johnson Slide” tells the tragic story of the natural disaster that took the lives of a family very close to many of us in this community. In each case, every part in every song has been carefully tailored to best serve the story being told.

Every moment is ripe with emotion and story, in direct lineage from the likes of Pete Seeger and Woody Guthrie. “(Seeger) was the king of uniting people through singing,” Luft says. “There’s so much animosity and divisiveness in our world these days… as artists, part of our job is to somehow create unity.”